When I got asked to do a radio interview about Stargardts for BBC radio Northampton, I honestly nearly said no. I can be a very nervous and anxious person at times and just the thought of this filled me with absolute fear and dread, especially talking about something that stirs up all my emotions. I kept telling myself, it can’t be worse than vision loss itself and that’s the kick I needed to say yes and get on with it and to raise some much-needed awareness. The night before I didn’t sleep at all and I couldn’t eat my breakfast but had to manage something else I would be paranoid my tummy would rumble through the whole interview 🙈 so managed a tiny bowl of cereal.

I made my mum and little boy come with me for support (I don’t think I could have stopped them though to be honest, they were in the car before me!) and we set off to the radio station. When we got into the building, I nearly walked back out. It might not seem like a big deal to some, but the thought of being live in air where you can make any mistake and it will be played out to everyone, was so nerve wracking! The lady that interviewed me though was absolutely lovely and made me feel calm straight away and afterwards, just as I had thought, I was so proud of myself for facing yet another fear. Sometimes we build things up in our minds to be so much worse than they actually are, and I need to try and remember that it is often nothing like we had imagined it would be. Before, I would have let my anxiety put me off, but I wasn’t going to let it get the better of me this time. I also didn’t think I would be able to listen to the interview back as I would be too embarrassed to hear the sound of my own voice, but I did, and I smiled with pride all the way through it.

A glimpse into chronic life, by COVID-19 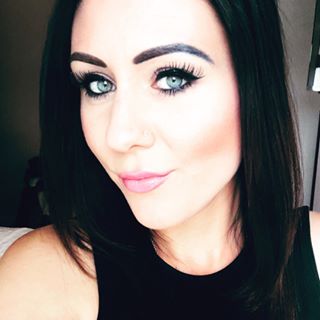